Macroscopic rotation of photon polarization induced by a single spin

Entangling a single spin to the polarization of a single incoming photon, generated by an external source, would open new paradigms in quantum optics such as delayed-photon entanglement, deterministic logic gates or fault-tolerant quantum computing. These perspectives rely on the possibility that a single spin induces a macroscopic rotation of a photon polarization. Such polarization rotations induced by single spins were recently observed, yet limited to a few 10−3 degrees due to poor spin–photon coupling. We have reported on the enhancement by three orders of magnitude of the spin–photon interaction, using a cavity quantum electrodynamics device. A single-hole spin in a semiconductor quantum dot is deterministically coupled to a micropillar cavity.
The cavity-enhanced coupling between the incoming photons and the solid-state spin results in a polarization rotation by ±6° when the spin is optically initialized in the up or down state. These results open the way towards a spin-based quantum network. 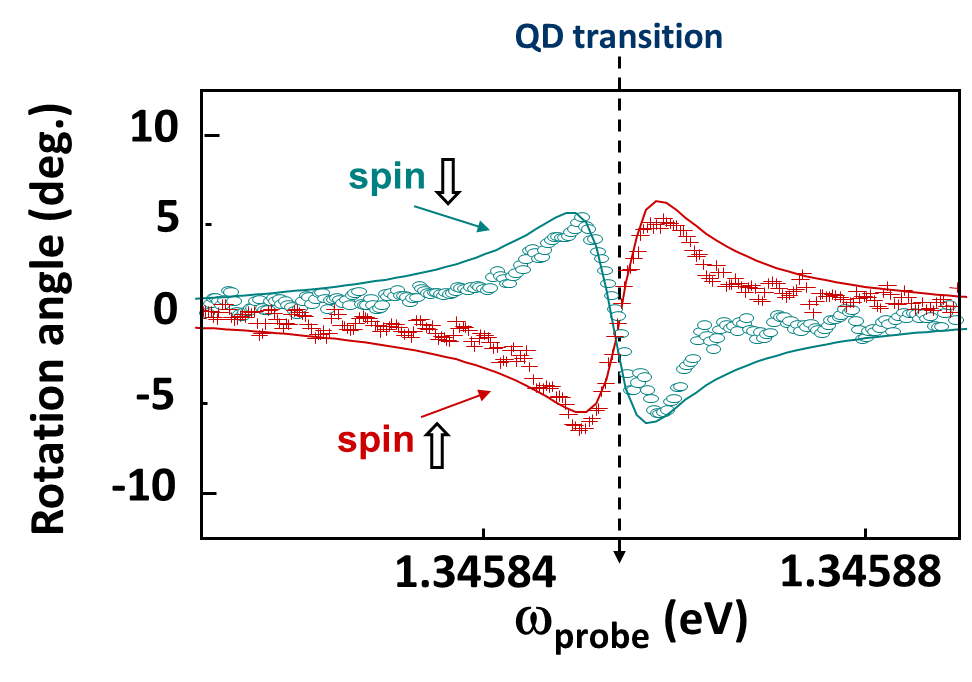